Let us take into account a single quantum from the sea of energy quanta filling the Universe. In a high-magnification it looks as shown in Figure 1. 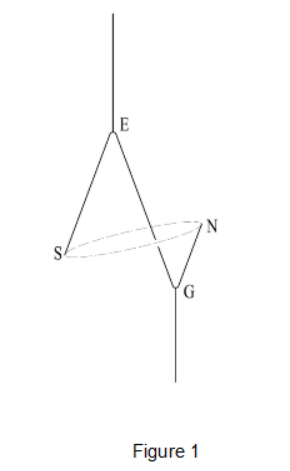 This is a string in the form of a flat, two-dimensional little spring. Affected by particles of dark energy, this spring performs an oscillatory motion. The more it is stressed, the higher the frequency of its vibrations. This frequency may reach the values from 100 to 1020 and more Hertz. In addition to its oscillatory motion, the quantum performs a progressive, linear motion.

Under certain conditions, energy quanta, as elementary magnetic dipoles, connect with each other by their poles, arrange one after another like a string of beads, thus creating rays of energy quanta. Energy quanta perform an ordered, linear, progressive motion, creating rays only when there exists a source of the quanta. A ray exists only when it extends. In order to extend, it must be connected to the source of quanta. Quanta produced by the atoms of a body (e.g. a star) form the building blocks for a still growing, extending ray. The ordered, rectilinear arrangement of the energy quanta in a ray makes the quanta move in a particular direction. One example of quantum radiation is a light ray. A single light ray is a linear stream of “connected” pole-to-pole magnetic dipoles (energy quanta, photons), in which every dipole retains its individuality, its power, the frequency of its vibrations, its “color”. A single ray of white light is like a train consisting of engines, which is moving in space thanks to new and new engines attached to it at the station. From a human point of view, this is a strange, or simply stupid, way of transport of matter, but it results from the nature of the world of quanta and in the Universe it is the fastest way of transport of matter over long distances.

The above considerations can be concluded as follows.

A quantum of energy is a magnetic dipole.

Let us assume that the stress of the quantum of energy presented above is still growing. At some point, the forces stabilizing this little spring (the elasticity forces of a string) will be too weak and the spring will get deformed (see Figure 2). 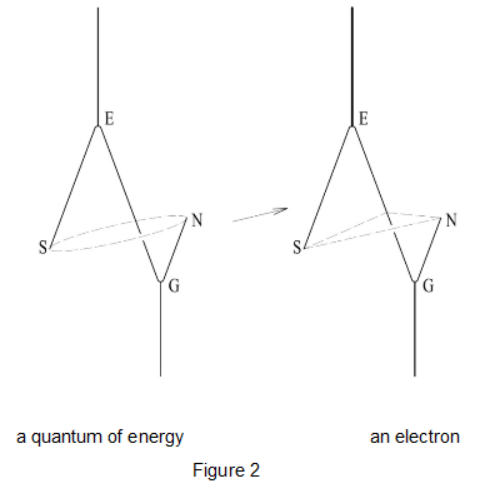 Such a deformed quantum becomes an electron.

The electron has completely new features.

The transformation of a quantum of energy into an electron presented in figure 2 can occur in two ways (see Figure 3). 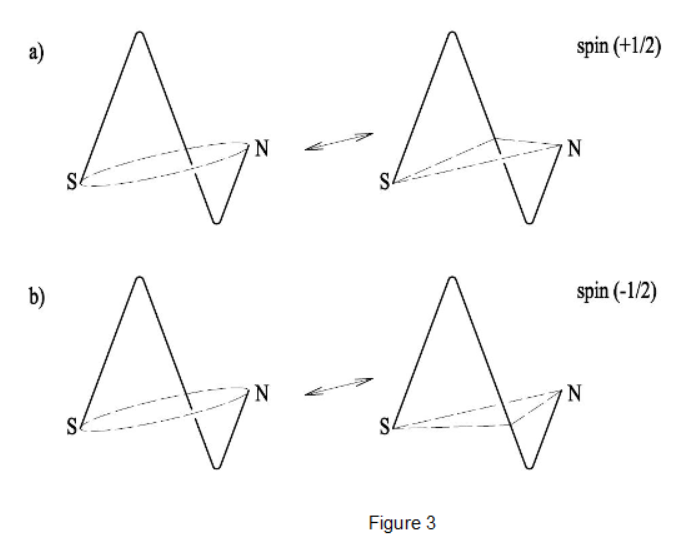 If it gets deformed in one direction, its magnetic field lines will arrange as shown in Figure 3a. If it gets deformed in the other direction, its magnetic field lines will arrange differently, as shown in Figure 3b. It is easy to notice that the electrons shown in Figures 3a and 3b are mirror images of one electron. This means that two identically formed electrons may have differently arranged magnetic field lines; they may behave differently in the external magnetic field. In the physics of elementary particles, such a phenomenon is known and called a spin. The name is a relic of a past mistake when each electron was imagined as a spinning ball. As it is apparent from the above, the name ‘spin’ (angular momentum) has nothing in common with the rotation of an electron around its axis. However, we still use it in order not to multiply entities.

– An electron is an elementary charge carrier, which in Figure 2 is illustrated by the line E.

This means that at the same time an electron is a carrier of elementary charges of two fields, electric and magnetic. The lines of these fields are perpendicular.

– An electron is a three-dimensional form. In addition to the length and width, it has also a third dimension which may be named the height or depth.

– An electron has been “precipitated” from the world of quanta, just like deposit from a solution. Its shape has been “frozen” and it is vibrating with a constant, defined frequency.

Actually, the above process is more complex. As shown in the main elaboration, pairs of electrons in an atom emit pairs of energy quanta, which immediately form a complex quantum connected with the magnetic poles (see the figure below). 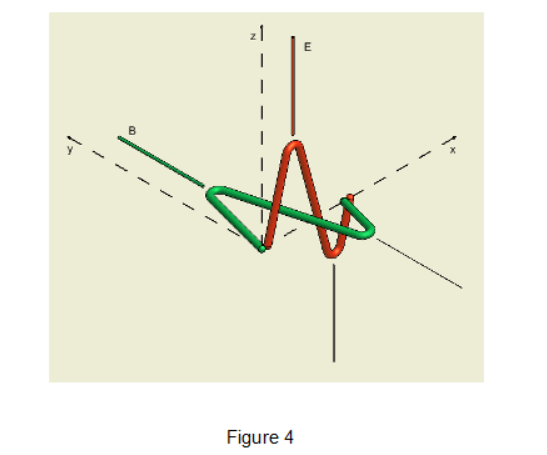 Each complex quantum is a precursor of an electron-positron pair. As a result of its disintegration in the process of the creation of pairs, the vertical quantum (red) producing the line E will become an electron, while the horizontal quantum (green) producing the line B will become a positron. This process is reversible. When an electron and positron collide, in the process of annihilation they will form again two gamma quanta.

Energy quanta as elementary bar magnets may form complex structures, for example in the form of light rays.

The question arises whether electrons as elementary horseshoe magnets are also able to form complex structures. It turns out that yes.

It follows from the considerations in the main elaboration that the nucleus of every atom is formed from neutralized protons, which are elementary gravitational charge carriers. Neutralization of a proton means that in front of every proton, in different distances, an electron is placed (see Figure 5). 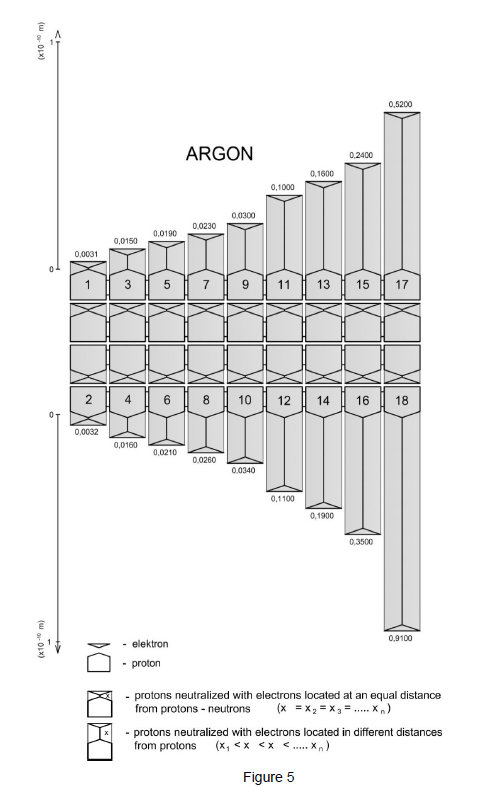 The figure above shows an uncurled atomic spiral of the nucleus of argon (curling of the spiral goes from the right to the left). From Figure 5 it is clear that every neutralized proton, being a carrier of an elementary gravitational charge, is at the same time an electric dipole

of a proton-electron type. To be more precise, this is an electric dipole positron-electron loaded with electrically neutral ballast from the side of the positron.

It follows from the above considerations that each electron is an elementary magnetic dipole. This means that each atom consists of equal in value magnetic dipoles whose number is equal to the number of protons which form the atomic nucleus of a particular element. For multielectron atoms, the magnetic moments of electrons add up vectorially, contributing to the resultant, total magnetic moment of an atom. These electrons within particular proton pairs are opposite each other. For electron pairs, the magnetic moments add up vectorially to zero. Therefore, the total magnetic moment of an atom is determined by an “unpaired” electron.

The presence of the total magnetic dipole moment in an atom means that the atom will try to take up a position appropriate to the external magnetic field lines. One of the possible positions is shown in Figure 6. To make it more clear, an atom of helium was adopted for the considerations. 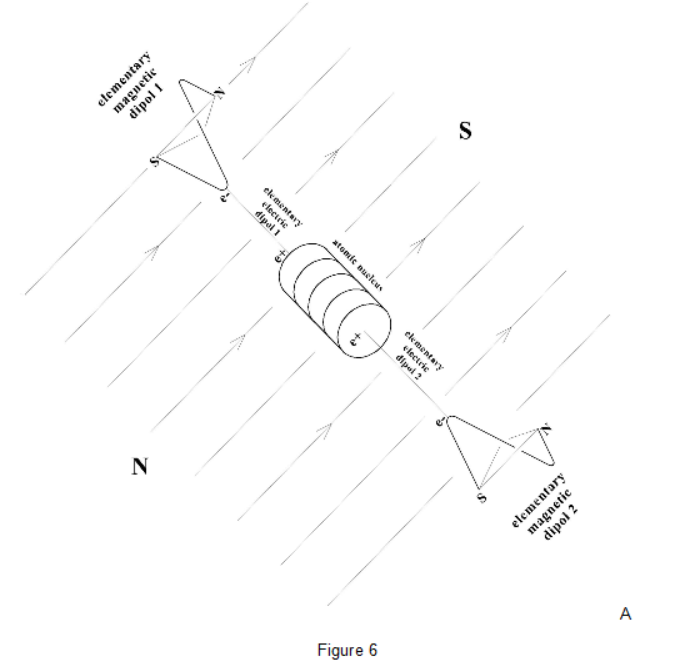 Figure7 shows a view A of the atom presented in Figure 6. 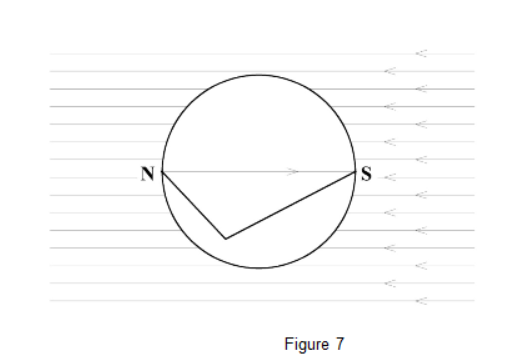 It shows one of the electrons of the atom against an atomic nucleus. The horizontal lines are the magnetic field lines. The figure above shows that elementary magnetic dipoles (electrons), taking up the positions parallel to the lines of the magnetic field, force the atom to take up the position perpendicular to the lines of this field. If there are many such atoms, their electrons, when connecting with each other by their poles, form compound magnetic dipoles, as presented in Figure 8. 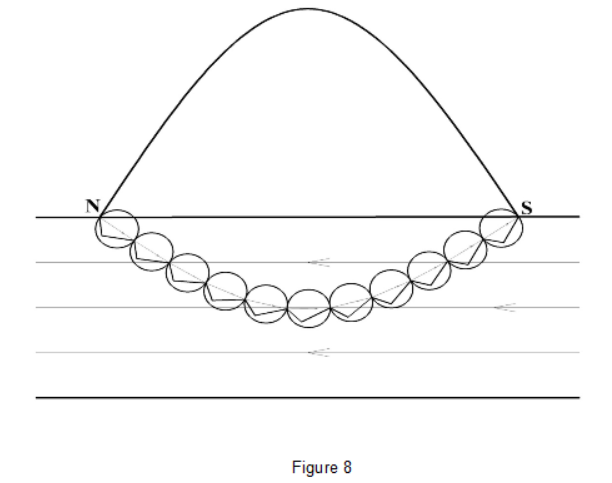 The magnetic field line formed directly by a physically existing magnetic dipole, is the first-order line, a primary line, an open line with a beginning and end. It starts at one pole of the magnetic dipole and ends at the other. 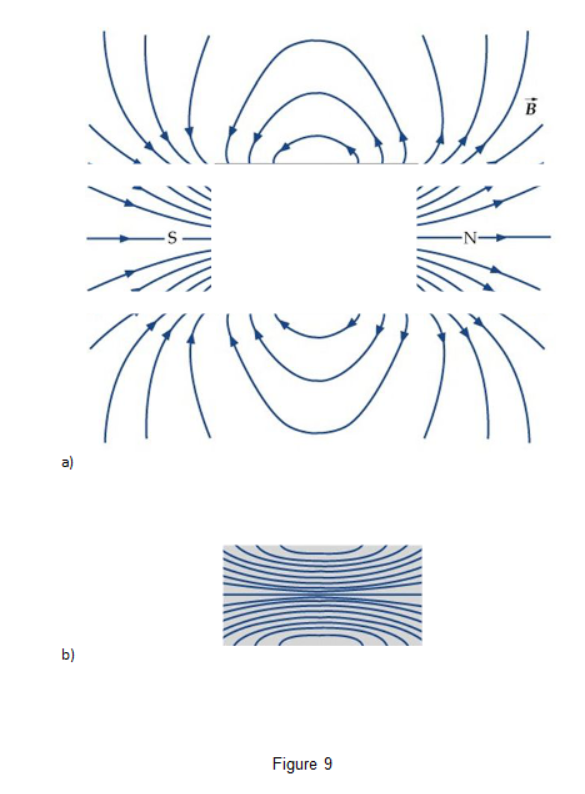 This way, only on the basis of theoretical considerations resulting from Model 31, it was shown how a magnetic field is formed around a magnetic material. An important conclusion results from these considerations.

Now we can say again: sourceless lines of the magnetic field do not exist.

Now we can already give a definition of magnetization.

In some metals (like iron, cobalt, nickel), secondary dipoles are so strong that the magnetic field generated by them is several times greater than the size of the primary field. Moreover, the dipoles are so stable that these metals maintain the internal magnetic dipoles after the primary magnetic field has been removed, and they are only destroyed by a significantly increased temperature (so called Curie temperature). The phenomenon described above is called ferromagnetism.

Let us now compare the magnetic field lines generated by a bar magnet (Figure 10a) to a solenoid (Figure 10b). 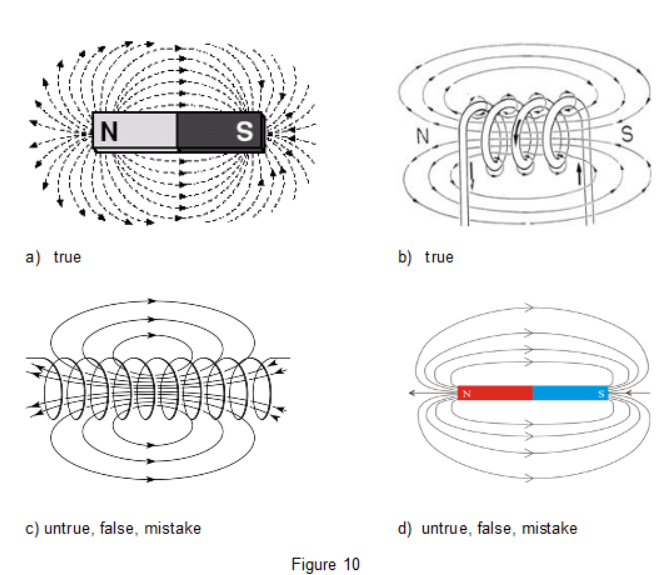 This should not be done. This is a basic error resulting from the lack of a correct answer to the title question of this note: WHAT IS MAGNETISM?